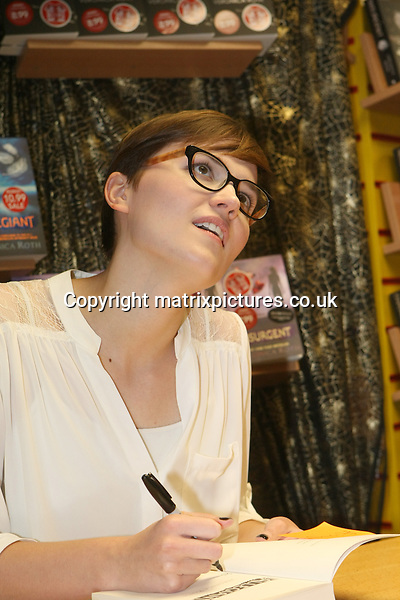 American author Veronica Roth is pictured as she makes an appearance to read an extract or her work, sign copies of her books and have a meet and greet with fans in Dublin, Ireland.

The 24-year-old New York native has sold over 5 million books as the writer of young adult novels "Divergent", "Insurgent" and most recently "Allegiant".

A film based on her first novel, starring Kate Winslet and Shailene Woodley, is currently in post production and slated for release early next year.