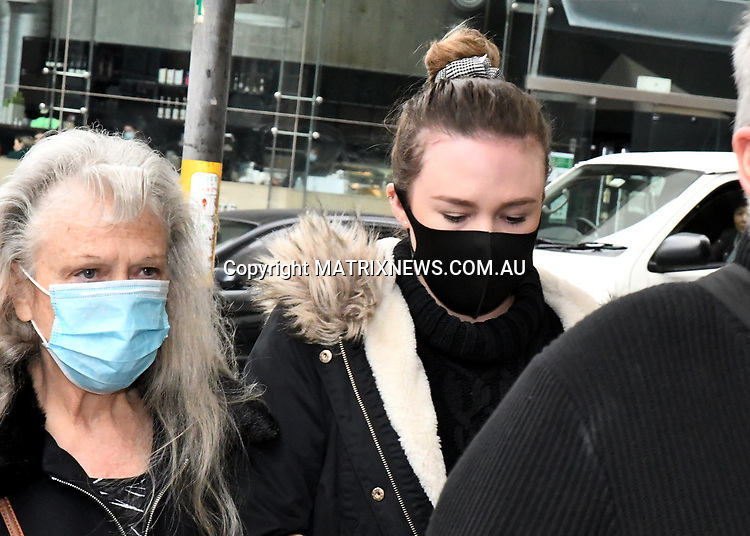 Monica Elizabeth Young, 24, attends Downing Centre Court on Thursday for a Sentencing Hearing for the sexual assault of a then 14 year-old male student.

The Sydney high school teacher had initially entered a plea of not guilty for the alleged repeated sexual assault of the male student between late June and early July 2020.

Young originally faced 12 charges including 5 of aggravated sexual intercourse with a child.
Other charges include aggravated enticement of a child to perform a sexual act and two counts of sexually touching a child aged between 10 and 16.

I her most recent court appearance late April 2021, Young sensationally instructed her legal team to plead guilty to three charges ahead of a trial that was scheduled to take place in September.

Young has been on strict continuing bail conditions that included her reporting to Bankstown Police three times weekly.

These image show Monica Young along with her supporters prior to sentencing.
MATRIXNEWS.COM.AU 24 Jun 2021